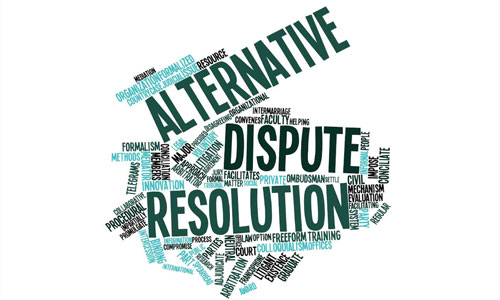 The concept of Arbitration and mediation is not a new one to Indians. The genesis of Arbitration and mediation are traceable to ancient India and reference can be made to the well known epic Mahabharata wherein none other than the Lord Krishna tried to mediate between Kauravas and Pandavas with a view to avoid bloodshed of impending war of Kuruksetra. The Panchayat system in ancient, medieval or even modern times, especially in rural India, is well known wherein disputes were/are voluntarily submitted by aggrieved parties to some wise men of their choice or a group of wise men of the community, called the Panchayat for a binding resolution.

The formal Arbitration law in India has developed through the pages of the history in the due course of time. The present Arbitration and Conciliation Act, 1996 is based on the UNCITRAL model law on International Commercial Arbitration and the UNCITRAL Arbitration Rules. It is well known fact that the formal courts in India are burdened with huge pending litigations and due to various factors, the settlement of disputes by our formal courts at times become a time consuming and expensive exercise. Keeping in view these factors, an emerging trend is seen, especially in commercial and business disputes, where parties are increasingly opting for the arbitration and other alternate dispute resolution methods for resolving their disputes. Arbitration is the most effective form of commercial and business disputes resolution and its evolution is proof of its significance in the actual proceedings. An insightful application of substantial laws is the fundamental tenet for every successful arbitration proceedings. It is a time bound process and does not take a lot of time for adjudication. The award passed by the arbitrator or arbitral tribunal is having force of a decree passed by the formal court and the challenge to the same lies only on very limited grounds. The recent amendments brought in by the Arbitration and Conciliation (Amendment) Act, 2015 have also significantly remedied the lacunae in the current arbitration regime and has strengthened the law with regards to different aspects of arbitration.

R&P Legal has specialized team of lawyers having expertise in arbitration and other alternate dispute resolution methods such as mediation and conciliation processes. Our services include: