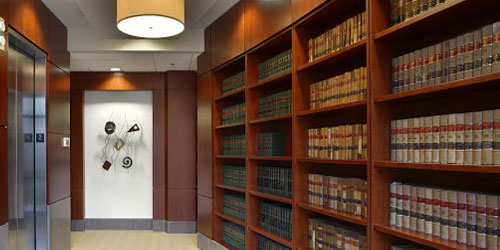 In this note, we are discussing here the Branch Office route available to foreign investors.

Branch Office as the name suggests signify that this is an extension of parent company and carrying the same business activities as that of parent company. Ordinarily, branches in India are set up by those corporation/companies having their base outside India which are engaged in manufacturing or trading activities and want to capture Indian markets as well. Therefore RBI allows them to set up branch offices in India on case to case basis. Therefore branch offices are extended office in a sense and therefore represent the parent company and undertake activities in India like export / import of goods, rendering professional or consultancy services, carrying out research work in areas in which the parent company is engaged, promoting technical or financial collaborations between Indian companies and parent or overseas group company so on in accordance with the norms as laid down in FDI Policy/ FEMA Regulations.

Foreign companies can open Branch Office after getting approval from Authorised Dealer Category-1 Bank (“AD Bank”). Foreign Exchange Management (Establishment in India of a branch office or a liaison office or a project office or any other place of business) Regulations, 2016 (“Regulations”) regulates this aspect.

The term “Branch office” is defined under Regulation 2 (c) of the above regulations which has been reproduced as under:

“Branch Office in relation to a company, means any establishment described as such by the company.”

Further Section 2(42) of the Companies Act, 2013 defines “foreign company” means any company or body corporate incorporated outside India which,— (a) has a place of business in India whether by itself or through an agent, physically or through electronic mode; and (b) conducts any business activity in India in any other manner.

Thus from the above definition it is clear that any company which is incorporated outside India and establishes a place of business in India (whether branch or liaison of project office as the case may be) will be termed as Foreign Company under the provision of Companies Act, 2013. The Foreign Companies largely carry on the same business activities as that of parent Company. The Foreign Company which is willing to open branch office in India shall take requisite approval for establishment of BO and should get itself registered under the Companies Act, 2013 within 30 days of the establishment of Branch Office.

Routes Available: There are two routes for setting branch office in India:

RBI Route: Where principal business of the foreign entity applying for establishment of BO falls under sectors where 100 percent FDI is permissible under the automatic route then the approval of Authorized Dealer (i.e. Bank) is required.

Government Route: Where principal business of the foreign entity falls under the sectors where 100% FDI is not permissible under the automatic route. Applications from such entities and those from Non–Government Organisations / Government Bodies / Non-Profit Organisations are considered by the Reserve Bank of India in consultation with the Ministry of Finance, Government of India.

The Reserve Bank has also allowed the companies situated outside India to establish BO in Special Economic Zones (SEZs) to manage manufacturing and service activities subject to certain guidelines.

The prior approval of RBI in consultation with the Ministry of Finance, Government of India is required for establishment of BO by person resident outside India where:

1. the applicant is a citizen of or is registered/incorporated in Pakistan;
2. the applicant is a citizen of or is registered/incorporated in Bangladesh, Sri Lanka, Afghanistan, Iran, China, Hong Kong or Macau and the application is for opening a branch office in Jammu and Kashmir, North East region and Andaman and Nicobar Islands;
3. the principal business of the applicant falls in the four sectors namely Defence, Telecom, Private Security and Information and Broadcasting. Approval of RBI is not required in case where approval of Government or license/permission by the concerned Ministry/ Regulator has already been granted.
4. the applicant is a Non-Government Organisation, Non-Profit Organisation, Body/ Agency/ Department of a foreign government. However, if such entity is engaged, partly or wholly, in any of the activities covered under Foreign Contribution (Regulation) Act, 2010 (FCRA), they shall obtain a certificate of registration under the said Act and shall not seek permission under this regulation.

The Foreign entity applying for establishment of BO must satisfy two conditions:

(i) profit making track record during the immediately preceding five financial years in the home Country and
(ii) minimum net worth of $100,000 as per latest audited balance sheet or account statement certified by Certified Public Accountant (“CPA”) or Registered Accounts Practitioner (“RAP”).

Foreign Banks and Foreign Insurance Companies intending to set up BO in India are not required to obtain RBI Approval if they have already obtained necessary approvals under the provisions of the Banking Regulation Act, 1949 and Insurance Regulatory and Development Authority Act, 1999 respectively.

Further, in case a person from Bangladesh, Sri Lanka, Afghanistan, Iran, China, Hong Kong or Macau wants to establish BO then such persons shall register with Local Police Authorities.

i. Form FNC-1; ii. Copies of the English version of the Certificate of Incorporation/ Memorandum and Articles of Association of the Parent Company attested by Indian Embassy/ Notary public in the Country of Registration;
iii. The latest audited Balance sheet/ Account Statement certified by CPA or any RAP in case Accounts are not audited of the applicant;
iv. Report from Bankers in the host country / country of registration stating the banking relations of the applicant with that bank;
v. Letter of Comfort and other documents from Parent Company, if required;
vi. Such other documents as may be required by RBI.

The Annual Activity Certificate duly certified by Chartered Accountant along with the audited financial statements needs to be filed by the BO with the AD Bank and Director General of Income Tax (International Taxation) (“DGIT”) at the end of 31st March every year on or before 30th September of that year mentioning that it has undertaken only those activities permitted by the RBI or AD Bank.

i. AD Bank may extend fund and/or non-fund based facilities to BO as per guidelines issued by the RBI.
ii. Since the BO is extension of business so the profits earn by BO are taxable and after payment of applicable taxes, the balance amount can be remitted outside India by providing Balance Sheet and CA certificate.
iii. Branch office can acquire any property subject to Foreign Exchange Management (Acquisition and transfer of immovable property outside India) Regulations.
iv. The AD Bank may allow transfer of assets from Person situated abroad who is permitted to establish Branch office to its Joint Venture/Wholly Owned Subsidiary or any other entity in India.

The BO or their nodal office may file an a request to their AD Bank for closure of office along with such documents as may be prescribed under these Regulations and the AD Bank shall ensure that all Annual Activity Certificate have been filed by the BO with the AD Bank and DGIT for previous years. The closure of Branch office is governed under these Regulations. The Remittance of proceeds by BO will be governed under Foreign Exchange Management (Remittance of assets) Regulations.